What can an epic poem tell us about the beliefs and attitudes of its audience? What does the literature of the medieval period tell us about the world of the past? Why is so much of what we know about the early Britons from outsiders? What do Old English works say to us today?

At first glance, Old English bears very little resemblance to English as it exists today. In fact, in many ways, it feels like a completely different language from its modern descendant. However, if you look at this language through the lens of history, you can trace the origins of the modern version from its early ancestor. This glimpse into the past opens the door to a fascinating historical and linguistic lineage—one that reveals a rich, multifaceted perspective on the early medieval history of Britain and its peoples. The epics, historical chronicles, religious texts, and other pieces of Old English literature we still have—pieces that exist only in a handful of unique manuscripts preserved over the course of centuries—can take us back to a world that is simultaneously strange and familiar.

In the 24 lessons of Old English Literature: Language as History, you will experience the premodern world through the powerful tool of the written word. With the guidance of author and medieval scholar Professor Renée Trilling, you will look back on the early medieval history of the British Isles and discover what Old English can reveal about the peoples, traditions, beliefs, and cultures of the past. And not only will you get a deep understanding of the literary conventions and historical contexts of medieval works, but you will also learn the fundamentals of the Old English language, including grammar, syntax, pronunciation, and more. With these linguistic skills under your belt, you will experience Old English as the vibrant and complex language it once was—and continues to be—in great works like Beowulf. Along the way, you will discover the many layers of history embedded deep within the English language itself.

Open a Door to the Past

While English is one of the oldest written vernaculars in Europe, it has changed considerably from its earliest days to its current form(s). So, to better understand the myriad ways medieval writers used the language, you will begin your journey into Old English with a look at the geographical and cultural origins of the language, as well as its actual structure and usage. As you will see, the Germanic origins of English were the result of migrations that occurred between 300–600 CE and the intermingling and exchange of cultures—Celtic, Roman, Norse, and more—in Britain. While we most often think of epic poems and heroic tales when we think of Old English, the language was also used in numerous other forms, including:

These and other pieces of medieval writing reveal the tangled web of social and cultural relationships between the disparate peoples of early Britain. In these texts, you can see the ways Old English worked, including how words were spelled, whether texts were more often read aloud or contemplated individually, which kinds of words found their way in from other languages, and more. Even something as simple as the English names for the days of the week can provide astonishing insights into the way the Germanic peoples combined practical concerns like timekeeping with deeper cultural practices like religion. Similarly, you can trace the varied relationships between Old English speakers and other cultures by the number of words and the types of concepts absorbed by the language. For example, while Celtic cultures made a relatively small impact on English overall, the cultural and religious power of Latin is evident by its substantial, far-reaching influence.

To understand the cultural and historical layers embedded in Old English writings and literature, Renée will take you through several lessons on the basics of the language. With this knowledge, you will have a foundation for reading Old English literature in its original form, which will allow you to experience the writing of the past in a direct way that can’t be captured in translation.

As you learn more about the uses and mechanics of Old English, Renée highlights the connections between Old English and modern English, while also acknowledging the ways Old English was unique to its time and place. The grammatical and literary conventions of the medieval period are specific to the writers who used them and the readers (or listeners) who would experience them. Through medieval texts, you will be able to:

While Old English was perpetually influenced by the varied cultures of Britain, it was definitively transformed by contact with the wider world, first with the Viking settlers from the 8th century to the 11th century, and later—and most significantly—by the Norman Conquest in 1066. The period from the earliest migrations of the Angles, Saxons, and Jutes to the arrival of William the Conqueror is a distinctive period in history that captures the transformation of early England from a pagan warrior culture to a Christian realm, and from a tradition of oral preservation to a land of the written word.

Old English poetry and songs may have helped fill the dark days of winter with entertainment and camaraderie. They were also educational, preserving traditions and history for an oral culture that would not write down their stories and poems until much later. By looking at the poems, historical chronicles, and other works of Old English, you will get an intimate look into the medieval audience that would have sat rapt in their halls as they listened to the dynamic stories of mighty warriors and conquering kings. The origin stories—both real and fictional—that arose from this period would form the foundation of a culture that would eventually spread across the world through both cultural influence and colonial domination. 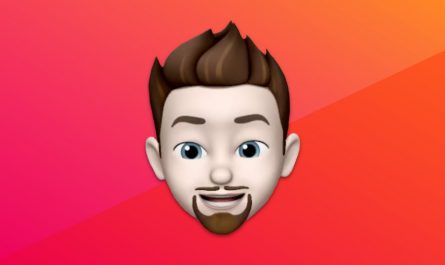