Who do you think you are? No matter where we have lived on this planet, we’ve formed our identities with whatever information has been available to us. Initially, our family, extended family, and tribe told us who we were, and we saw ourselves mirrored in their faces and actions. Later, as people migrated and groups mixed more readily, we developed more complex identities. In some families, all the personal stories and historic records fit together comfortably. In others, there was a pervasive sense that something was missing—relatives not to be mentioned, questions never to be asked, pieces of personal history and identity never to be known.

Today, with relatively easy access to our ancestry via DNA, we have more data about ourselves and our family histories than previous generations could have imagined. But does all this information translate into a stronger and more cohesive personal identity? Sometimes. The truth is it can also provide a family history we had never anticipated and bring us relatives who are not always welcome on our family tree. In the most extreme cases, our ancestry DNA can make us question our very identity: Who did I think I was? Who am I now?

In the 12 fascinating lessons of Identity in the Age of Ancestral DNA, Anita Foeman, PhD, a Professor of Communication and Media, and founder and primary investigator of the DNA Discussion Project at West Chester University, takes us behind the scenes to examine what really happens when individuals receive their personal DNA ancestry results. By learning about their individual and family reactions, we can learn more about our own identity narratives as well.

What Can We Learn from Ancestral DNA?

Companies that process your DNA sample to provide data about your ancestry use several types of DNA to glean information. These include:

After collecting and analyzing the DNA samples, the companies then compare the patterns they find in your DNA to the vast libraries they have of other samples, identifying which groups show similar patterns to your own. DNA ancestry companies have become more precise as more people joined the testing pool of individuals and their DNA libraries grew.

Your results will tell you where your ancestors likely lived, and you will probably receive a chart indicating what percentage of your ancestors came from which parts of the world. You might also receive information about others who have been tested by that company who seem to be a close genetic match to you—potential cousins or aunts, maybe siblings or, in some cases, even parents.

But no matter what else shows up in your DNA ancestry chart, recent discoveries in genetics have confirmed the “Out of Africa” theory, meaning that your personal lineage goes back to Africa.

Although many other theories had been proposed, scientists working with mitochondrial DNA in the 1980s were able to identify the most recent common matrilineal ancestor of every person alive today—an African woman that scientists named Mitochondrial Eve. This woman and her progeny eventually out-produced every other lineage alive at the time. Later, our most recent common patrilineal ancestor was identified and named Y DNA Adam. The two did not reproduce together, but both lived in Africa probably less than 200,000 years ago, according to most recent estimates.

As a consequence of this common heritage, the DNA of every human being alive today—regardless of height, skin color, hair texture, or any other physical characteristic—is 99.9% identical.

For most of us, race plays a large role in our identity. And yet, your DNA results will not give you information about race per se. That’s because genetics reveal clearly that racial divisions are arbitrary, societal, and cultural in nature—not genetic. In fact, scientists have even found that two individuals from different racial populations can be genetically more similar than two individuals from the same population. So, are you genetically closer to members of your own race? Not necessarily.

What happens when the ancestral DNA results of a person from one race reveal ancestral geography potentially indicating relatives of another race?  That depends on whether the individual and family are open to revising their personal narrative, or whether they feel the narrative must stay unchanged at all costs, even in the face of compelling scientific evidence.

In this course, you will hear about:

Some people are thrilled to find more variety in their history, others less so. Anita describes seeing people literally jump for joy upon finding out they have Middle Eastern, Asian, European, or African ancestry in their backgrounds—while others have literally broken down in tears of discomfort when receiving the same results.

Research reveals that most people who identify as white are less likely than other groups to broaden their personal identity when results reveal unexpected ethnicities in their history. Their family narrative has worked well for them, and they have no desire to change it. People of color, however, as well as the youngest generation of any race, are more likely to open their arms to potential new aspects of their identity. Multiracial individuals, who had already become comfortable with a more fluid identify before their DNA ancestry testing, often lead the way in accepting even more complexity in their ancestral results.

You Have Your DNA Ancestry Results—Now What?

Your identity has always been based on family narratives that could include all types of judgments about the value of others based on circumstances of birth, phenotype and family line, social class, race, and a variety of other factors both explicit and implied. In contrast, your DNA ancestry results will bring a completely new type of information to your family—stark, scientific facts without judgment of any kind. As your presenter knows from her years of work with the DNA Discussion Project, bringing that new data into the family can create tension.

In response, scholars are turning to the reciprocal engagement model, originally developed by social workers, with several suggestions that can help families explore the new ancestry information, including:

As you’ll discover in Identity in the Age of Ancestral DNA, genetics brings us all to conversations that would have been impossible just a few decades ago. As we investigate our own DNA ancestry, there’s hope we’ll become more willing to accept a fluid identity in ourselves and others. We do have the ability to reclaim the totality of what we are and live well with any paradox—working toward a more wide-reaching human narrative.

Identity in the Age of Ancestral DNA.zip (4.9 GB)

Identity in the Age of Ancestral DNA.torrent (103 KB) | Mirror 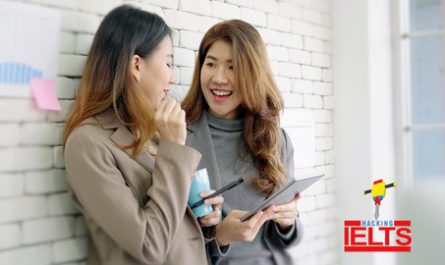 10 Hacks for the IELTS Speaking Test 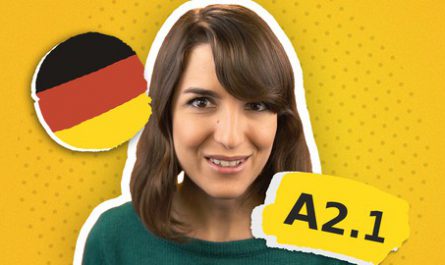